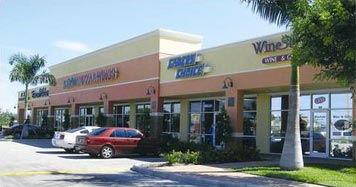 The Challenge:
A developer client tasked us with a question on the feasibility of un-anchored retail to be developed in a secondary retail location in Cape Coral.They asked: Since Cape Coral was originally platted as small parcel installment land sale lots and virtually no retail zoned land was available, could small lot parcels could be assembled and re-zoned, and then could freestanding retail be built and rented at numbers that justified the effort?

Our Impact:
While simultaneously initiating a land assembly program, we conducted a pre-construction leasing program which achieved rents beyond expectation. The client utilized our input on land costs and rents to finalize his pro-forma. A “go” crunch time was met and 48,150 square feet of retail was eventually constructed in three phases at this location.

The Outcome:
The Shops of Santa Barbara was built, leased and packaged for resale by the developer. The package of 48,150 square feet of retail was sold to a publicly traded Real Estate Investment Trust and proved to a very profitable venture for the client.